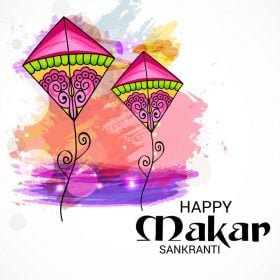 Find 31 delicious Makar Sankranti recipes that you can easily make for breakfast, snacks or lunch. This collection covers both North Indian and South Indian recipes. 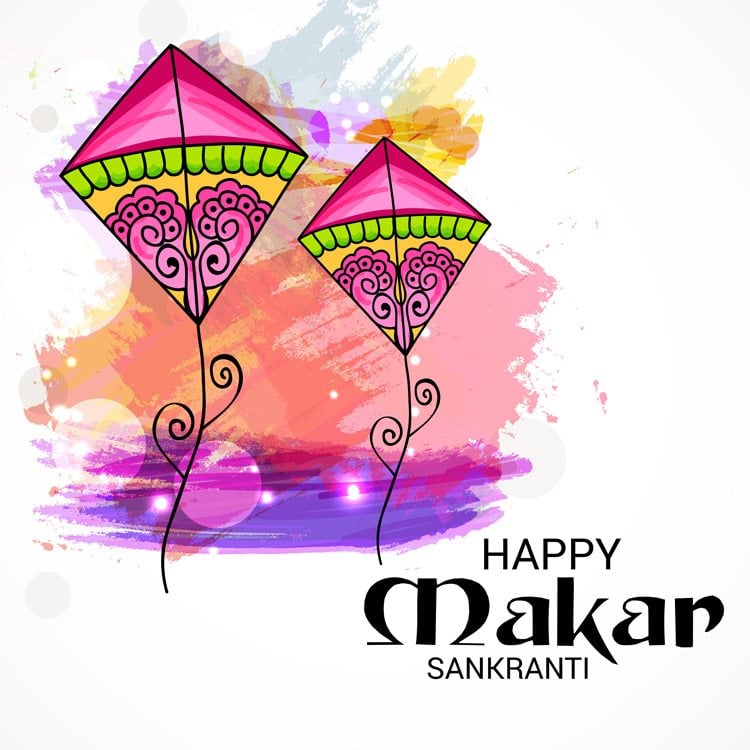 What is Makar Sankranti?

Makar Sankranti is one of those Hindu festivals which falls on the same day i.e 14th January (sometimes 15th January) every year. The reason being the festival date is based upon solar calendar unlike most Hindu festivals whose date is decided according to lunar calendar.

Makar sankranti festival is dedicated to the Sun God (Surya Devta). It is also a time for religious practices. For farmers it is a time of harvesting.

This festival also signals the end of winter and the beginning of spring. One festival and many significances.

No wonder, makar sankranti is a multi- cultural festival which is celebrated with lot of festivity and joy all over India.

About this Sankranti Recipes Collection

Here in this post, I am sharing a collection of 33 recipes which you can make for the Makar Sankranti festival.

If you don’t eat onion and garlic during this auspicious time, then skip adding them in the recipes listed below.

You can also check these collections of Pongal Festival Recipes and Lohri Recipes.

1. Til ke Ladoo – A simple recipe of ladoo prepared with sesame seeds, jaggery, peanuts and desiccated coconut. In this till ladoo recipe, I have cooked the jaggery syrup to a soft ball stage. So this gives the ladoo a soft and chewy texture. You can also cook the jaggery syrup to hard ball stage and you will get firm and dense ladoo.

2. Til Gud ke Ladoo – Delicious ladoo made with sesame seeds and jaggery. This is one of those healthy ladoo that not only has sesame seeds, but also has peanuts and desiccated coconut. A very easy recipe and within half an hour the ladoo will be ready.

5. Undhiyu Recipe – It is a one pot vegetable casserole dish that is the hallmark of Gujarati vegetarian cuisine. This delicious recipe of undhiyu does not take much time, as all the veggies along with the Methi Muthia are steamed in a pressure cooker.

6. Moong Dal Khichdi – This khichdi is made using minimal ingredients and spices. This is a no onion no garlic khichdi recipe.

7. Til Khoya Ladoo – Full on with the flavors of sesame seeds are these melt in the mouth til khoya ladoo. To make these delicious ladoo along with sesame seeds, khoya or mawa is used. A four ingredient easy recipe.

8. Sweet Pongal – Sweet porridge like dish made with rice and mung lentils, flavored with cardamoms and dry fruits. Sweet Pongal is also known as sakkarai Pongal in tamil language is a sweet dish made during festive occasions in south India.

11. Chenna Poda – A delicious dessert popular in odisha. Its made with chenna or fresh paneer. The entire dish is baked and can also be called paneer cake. its also said that chhena poda is the favorite sweet of Bhagwan Jagannath (the presiding deity of Puri Jagannath temple in Odisha).

13. Basundi Recipe – Basundi is sweet thickened milk, flavored with cardamom and nutmeg, with the addition of dry fruits. This milk based dessert is popular in the western part of India, specially in the states maharashtra and Gujarat.

15. Sooji Halwa – This is a quick, easy and delicious halwa which is often made in most Indian homes during festive time.

17. Rice Kheer – A favorite Indian dessert made with basmati rice, milk, nuts and saffron. Rice kheer is one of the most popular kheer recipe made in north India during festivals.

18. Besan Ladoo –  One of the popular ladoo often made during festive occasions. Besan ladoo is easy and healthy sweet which is made all over India.

20. Atta Ladoo – Easy and quick to prepare delicious ladoo made with whole wheat flour or atta.

21. Seviyan Kheer – This is one of the easiest and tasty kheer recipe you can make. This popular  vermicelli pudding is made during festive time.

22. Badam Halwa – South Indian style delicious badam halwa recipe. the recipe gives a really good badam halwa, which has the right sweetness and a lovely texture which is not soft and firm. But kind of between. One which gives a heavenly feeling when you savor the halwa.

23. Coconut Ladoo – These are melt in the mouth coconut ladoo and easy to make where I share two recipes.

24. Coconut Barfi – An easy step by step recipe of coconut barfi made with condensed milk.

25. Lemon Rice – Crunchy, flavorful and sour rice recipe from south India. this lemon rice dish is one of the easiest to make. Already cooked or steamed rice is mixed with a spiced lemon and peanut mixture.

26. Chakkara Pongal –  A variation of sweet Pongal that is made with rock sugar or sugar candy. Sugar candy is also known “mishri” in hindi. You can even use regular sugar to make this Pongal.

27. Sabudana Khichdi – a delicious dish of tapioca pearls cooked with potatoes and peanuts. Vegan, gluten free and no onion no garlic recipe.

28. Fafda Recipe – Fafda is a fried crispy crunchy tasty snack made with besan (gram flour), laced with carom seeds and black pepper. Fafda is a popular Gujarati snack and served with Papaya sambharo and Besan chutney.

30. Ulundu Vada – No onion no garlic version of Medu vada. These deep fried fritters are popularly known as vada or medhu vadai, but also called as urad dal vada or ulundu vada.

31. Ribbon Pakoda – a delicious variation of murukku and is also known as ribbon murukku, ola pakoda and nada thenkuzhal. These crisp fried ribbon shaped savory snack is easy to prepare and tastes good too.

32. Instant Chakli – Crisp and crunchy chakli. Chakli is a deep fried snack made from rice flour, gram flour, wheat flour or a mixture of lentil flours.

33. Bhogi chi Bhaji – Bhogi chi bhaji is a delicious mix vegetable curry that is made on the day before Makar Sankranti. Bhogi festival is celebrated one day before Makar Sankranti. Thus this mix vegetable dish is made on this day in maharashtra. Usually bhogi falls on 13th january. During bhogi festival, God Indra is worshipped.