A flour, which is generally termed as ‘atta’ in Hindi language, is an important part of Indian cuisine. Though, when we say atta, it also usually means whole wheat flour or gehun ka atta, this post majorly focuses on the different flours that are commonly used in Indian cooking. This list focuses on the some of the most popular and some uncommon Indian Flour Names in English, Hindi and other regional languages like Tamil, Telugu, Kannada, Malayalam, Gujarati and Marathi. 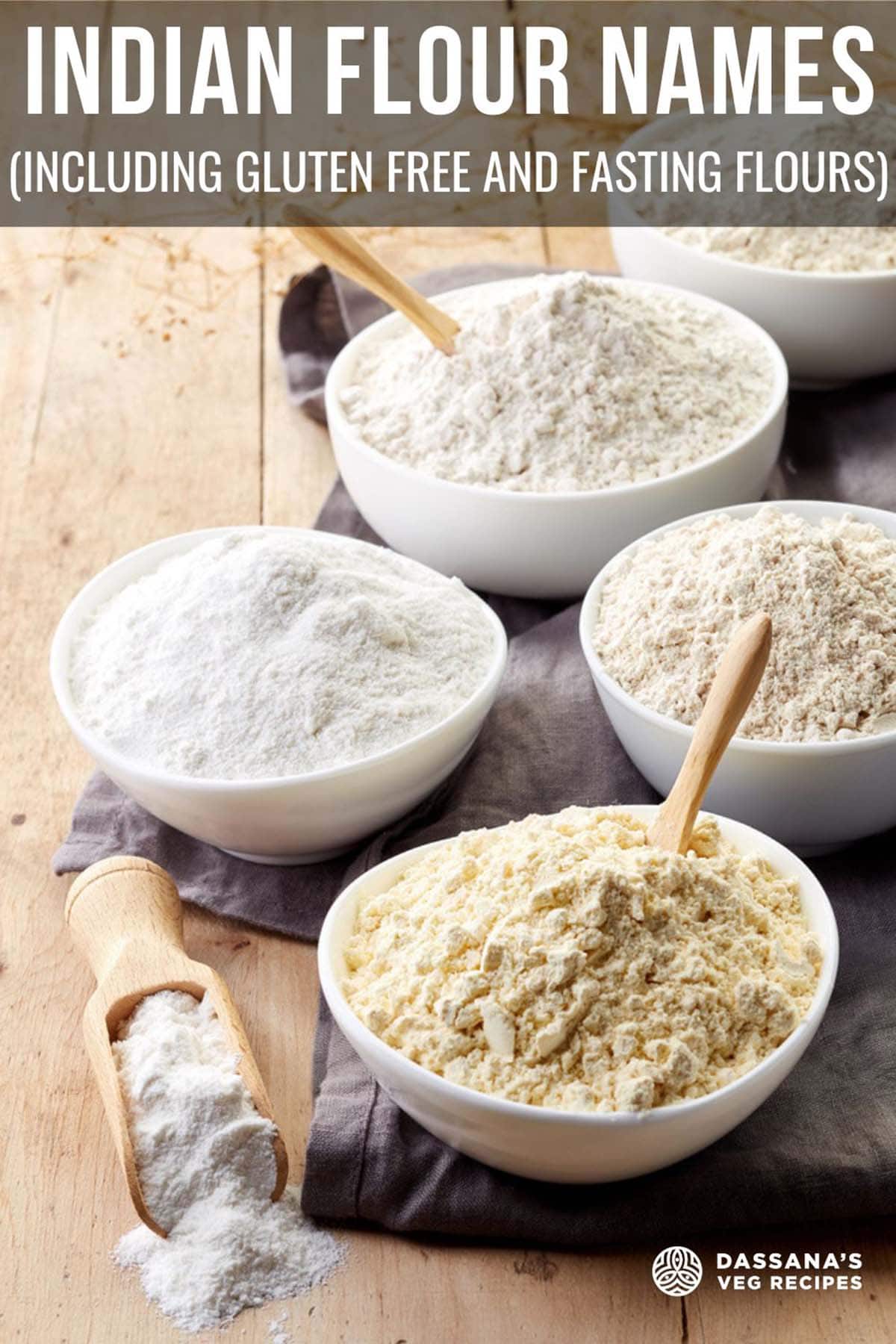 The below list contains both the names of flours made from cereals (grains) and seeds (pseudo grains like amaranth, buckwheat, millets etc). Also are listed flours from beans and lentils. I have also mentioned if these flours are gluten free or not.

While I have done the English, Hindi, Marathi and Gujarati translations on my own, for the other languages, the reference is taken from the book, Modern Cookery by Thangam Philip.

Recipes made with these Flours

While the usual use of flours in India is majorly in making our everyday flatbreads like roti, phulka, poori and parathas at home, there are many other dishes where these flours are used.

Here, I have compiled some of the personal favorite and popular choices at my home as well as some that are unique, yet form a significant part of Indian cuisine.

This Indian Flour Name post from the archives first published in January 2015 has been updated and republished on January 2023.