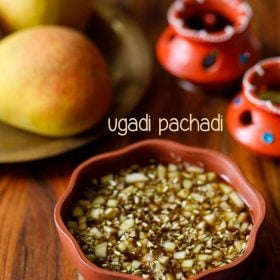 Ugadi pachadi is one of the most important dish that is made during Ugadi Festival. Ugadi is celebrated as new year in the states of Karnataka, Andhra Pradesh and Telangana. In Maharashtra, this new year festival is known as Gudi Padwa. This year Gudi Padwa and Ugadi is falling on 13 April 2021. 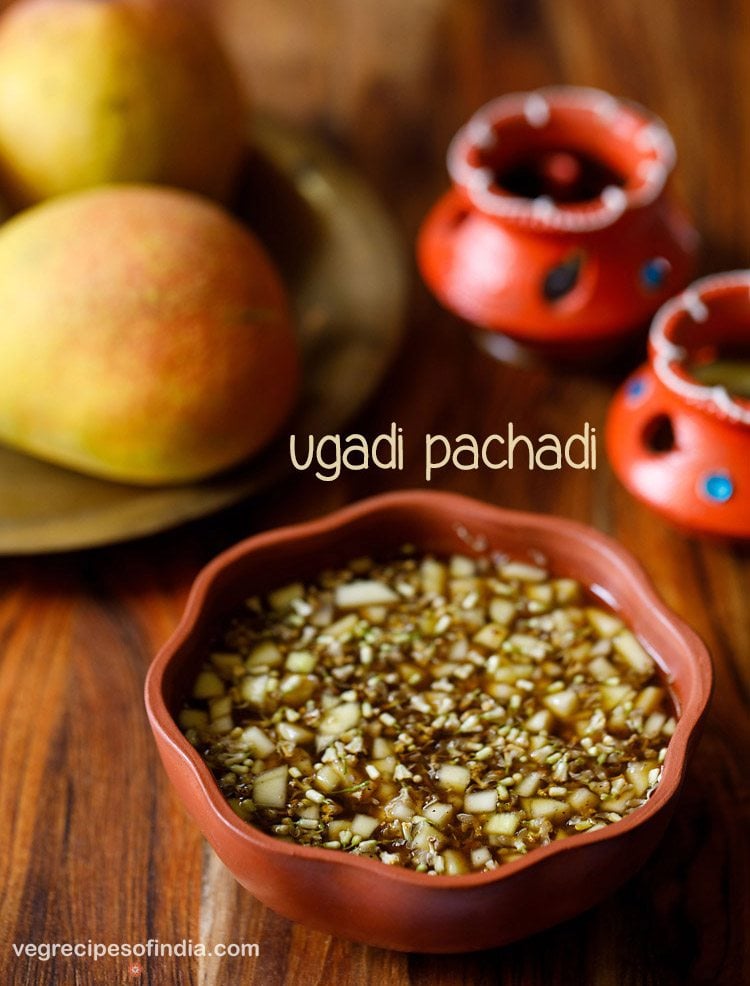 Ugadi pachadi is a festive food drink containing 6 ingredients having the 6 tastes. so Ugadi pachadi comprises of 6 tastes that correspond with the 6 emotions of life.

It is the first dish one has during the Ugadi festival after offering it to the deities. Apart from the health benefits of this festive drink, Ugadi pachadi also signifies that one has to accept life with all its facets.

The 6 ingredients that are added in Ugadi pachadi and which correspond to the taste and emotions are:

How to make Ugadi Pachadi

1. Soak 1 teaspoon tamarind in ¼ cup water for about 40 minutes to 1 hour. Then squeeze the tamarind pulp and keep it aside. In a bowl, add this tamarind pulp.

4. Mix very well with a spoon so that the jaggery dissolves.

6. Then add the neem flowers. If you do not have neem flowers, then you can add soaked methi seeds or methi powder.

9. Offer Ugadi pachadi as naivedyam to your deities. Then serve it your family. 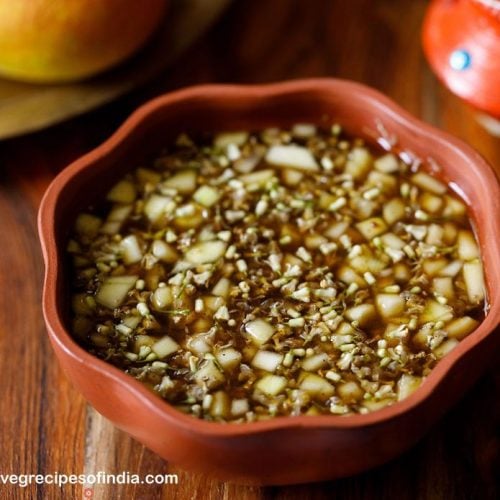 Ugadi pachadi is one of the most important dish that is made during Ugadi festival. It is a festive food drink containing six ingredients having the six tastes. Ugadi pachadi comprises of six tastes that correspond with the six emotions of life.
5 from 6 votes
Print Pin Save Saved!
Prep Time 10 mins
Total Time 10 mins
Cuisine Andhra, South Indian
Course Side Dish
Diet Gluten Free, Vegan
Difficulty Level Easy