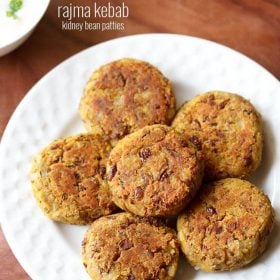 Tasty and flavorful Rajma Kebab made from kidney beans, spices and herbs. Kidney beans are also known as rajma in India. These delicious kebabs are also vegan and gluten free and makes for a excellent tea time snack. 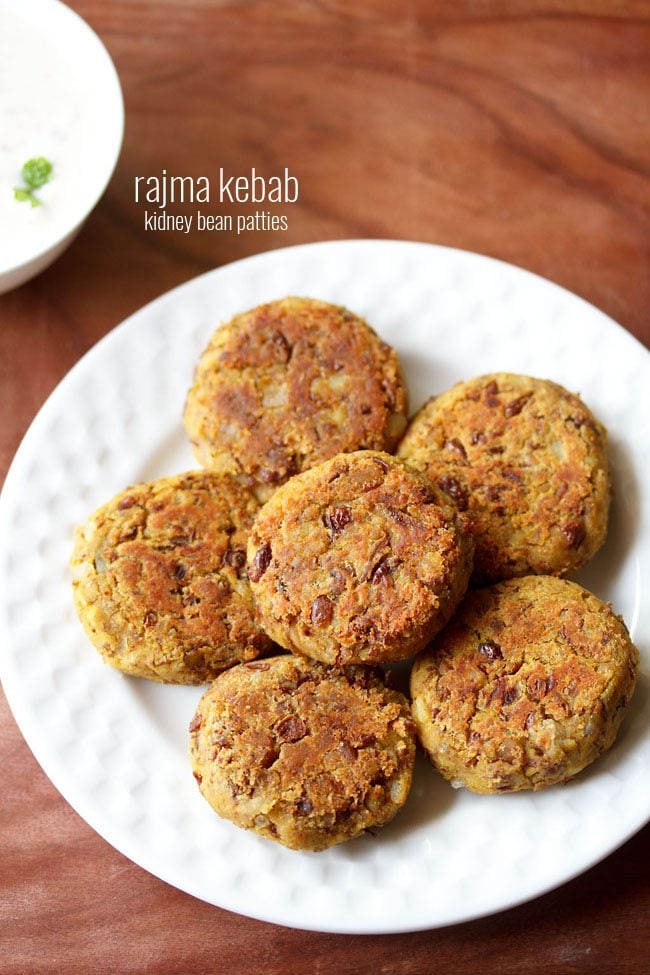 Rajma is a favorite in my house. From these pinkish or maroonish red colored beans most often, I prepare Rajma Recipe, which is a staple during weekends. This rajma kebabs is the newest addition in the recipes I prepare from rajma.

These rajma kebabs have a firm texture and not melt in the mouth like vegetarian galouti kebabs. They make for a nice evening snack for kids or can feature in your starter menu for parties or even everyday lunch or dinner.

Preparation for rajma kababs takes time as we need to cook the rajma beans. You can even make the kebab mixture a day before and refrigerate. Then next day prepare the kebabs.

How to make Rajma Kebab

1. Rinse ½ cup dried kidney beans in fresh water a couple of times. Soak the beans in enough water overnight or for 8 hours.

Tip: Make sure to use fresh rajma and not aged beans as they take a longer time to cook.

2. Next day drain all the water. Rinse the rajma beans very well in running water a few times.

3. Then place the kidney beans in a 2 to 3 litre stove-top pressure cooker. Add ¼ teaspoon salt.

4. Pour 2 cups water. Pressure cook on medium heat until the beans have softened really well. The time taken for them to cook depends on the age of the beans.

If they are fresh or new, they will take less time to cook. I pressure cooked rajma for 18 minutes on a medium heat.

This much time about pressure cooking for 20 to 22 whistles on a medium heat. The number of whistles will vary with the size and volume of the cooker.

5. When the pressure settles down on its own in the cooker, then only open the cooker. Mash a few rajma beans and check if they have softened. If not, then pressure cook for some more time.

6. Drain them well and set aside. Let them become warm or cool at room temperature.

7. In another cooker or a pot or pan or steamer, boil 1 medium to large potato. If pressure cooking, then cook the potato in ¾ to 1 cup water for 2 to 3 whistles.

8. When the potato becomes warm, peel and begin to mash it with a fork or masher.

12. Saute the onions till translucent or a light brown.

Sauté till the raw aroma of both ginger and garlic goes away.

14. Add 2 tablespoons besan or gram flour. You can also chickpea flour in place of gram flour.

15. Sauté for 2 to 3 minutes on a low heat until the raw aroma of gram flour goes away.

22. Then shape into small or medium sized balls first and then flatten them.

23. Heat 1 or 2 tablespoons oil in a pan. Place the rajma kababs. on a low to medium flame, pan fry the rajma kebabs.

24. When the base becomes golden, flip and fry the other side.

25. Fry the rajma kabab till they are evenly cooked, golden and crisp.

26. Serve rajma kebab hot or warm with any chutney like tamarind chutney or mint coriander chutney or pudina chutney or any dip of your choice. 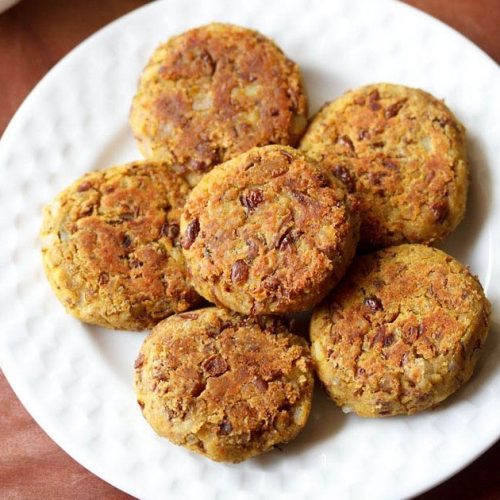 This Rajma Kebab post from the archives first published in July 2016 has been republished and updated on 4 June 2022.