The Indian pav or bread rolls are made and sold almost everywhere in India. 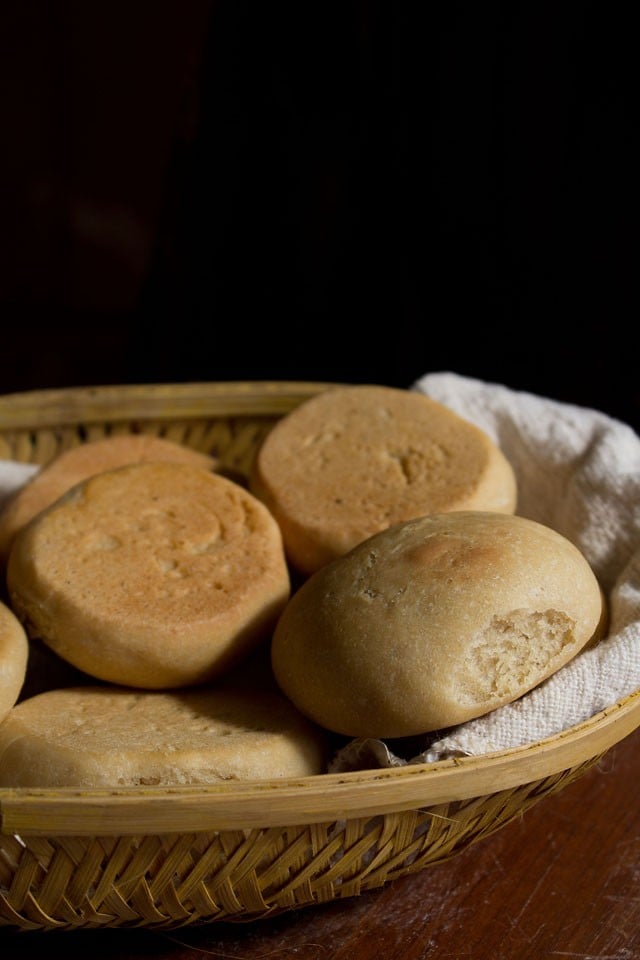 Pav Means a small loaf of bread. This word has been derived from pão  – a portuguese word for bread. As I have mentioned before in my White bread Post, the portuguese were the first ones to bring yeast to India, which produced the doubled bread loaves. We Indians started calling these Double roti or double bread. 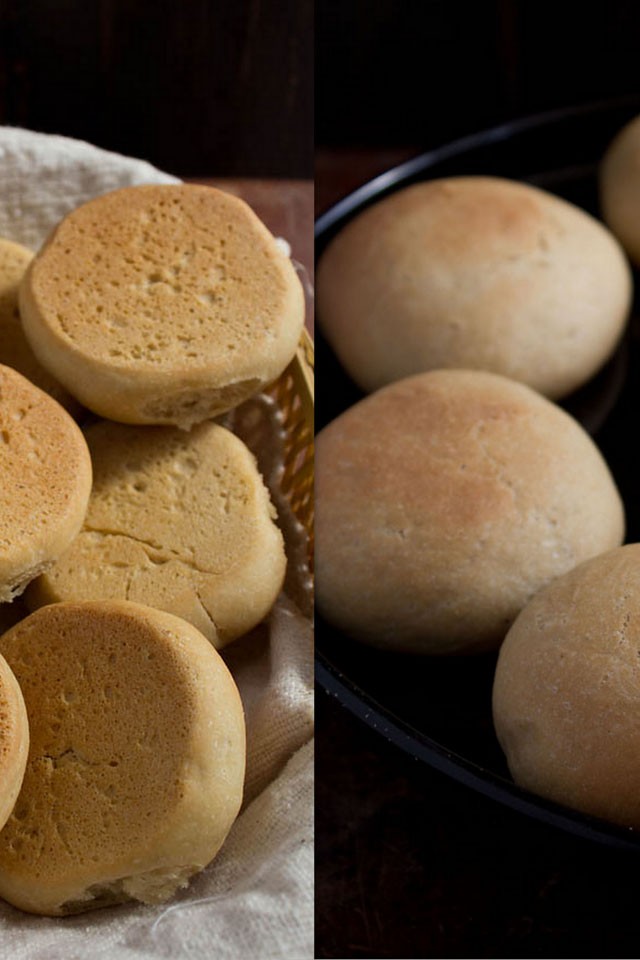 Even today Double roti or pav as we call these small bread loaves… They are the most common Indian bread. the pav Is had with some of India’s favorite snack food like pav bhaji or misal pav or vada pav.

I have used my basic white bread recipe to make the wheat pav. Just a little tweaking and I baked soft and light pavs.  moreover, there is no butter or milk or eggs used in the recipe. 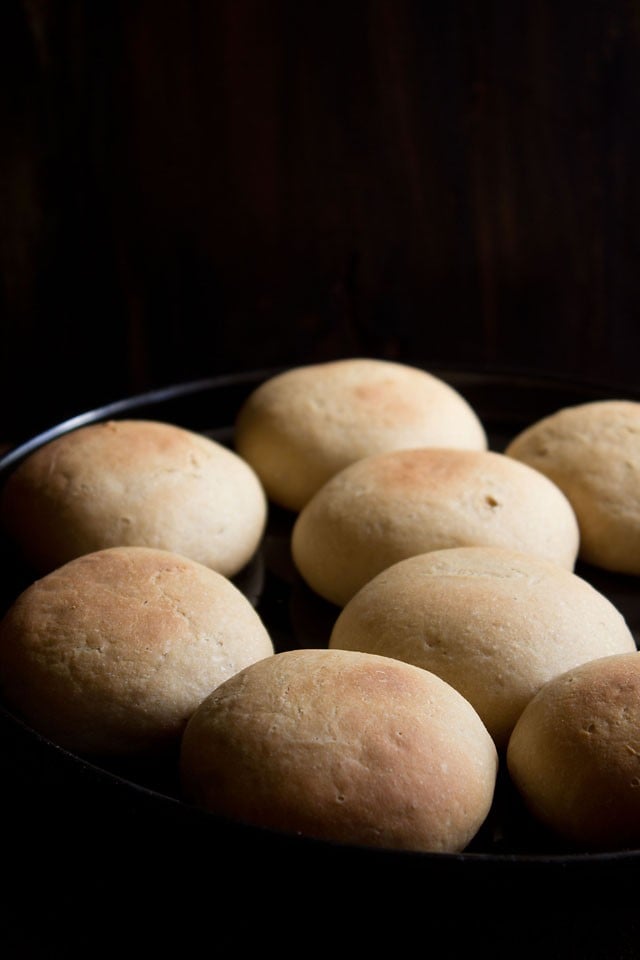 Since I did not want chewy an dense texture, I used whole wheat flour and all-purpose flour in half-half ratio.

Also since I often make whole wheat flour bread… The hubby always complains that they are chewy and dense. So a 50-50 approach sometimes helps. The pav had a great soft texture and the hubby was also pleased 🙂 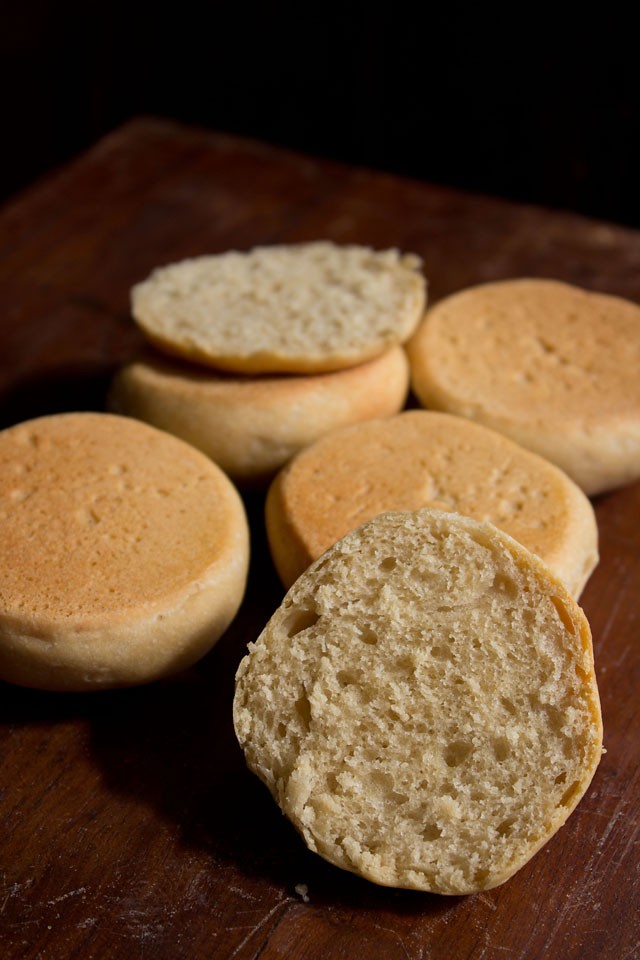 I made smaller buns instead of bigger ones.  i made the pav to go with the pav bhaji I had made. The next day I made masala pav. Nothing beats a Homemade pav in terms of taste, texture and hygiene. I have also shared the Bombay pav recipe also known as laadi pav bread and the recipe for making Mumbai ladi pav in pressure cooker. 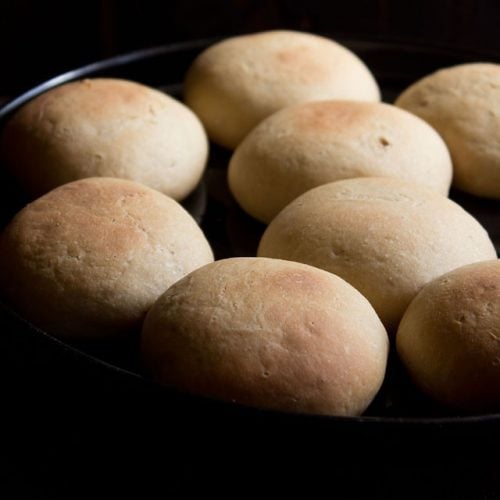