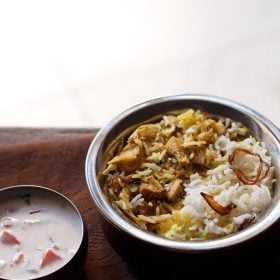 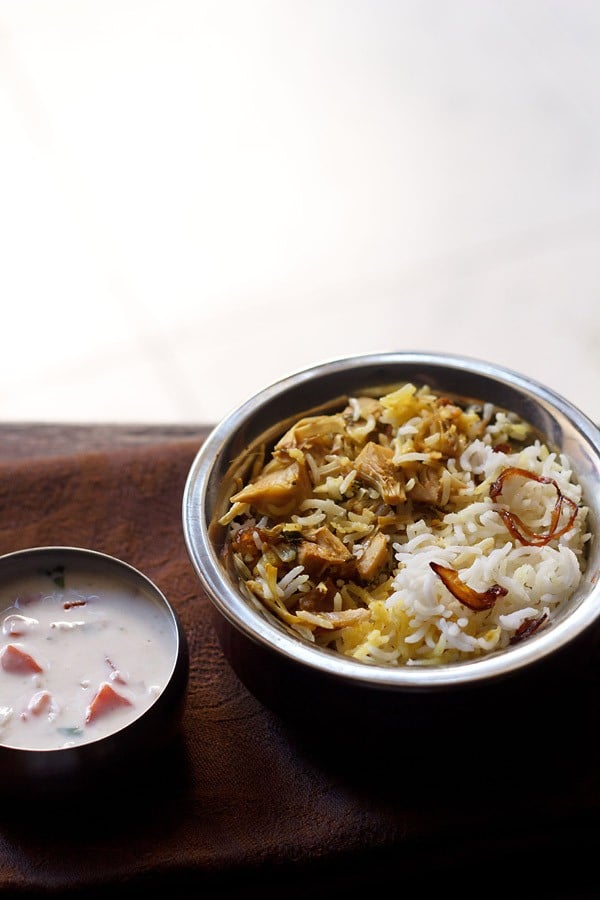 Unripe jackfruit is also called as vegetarian meat. raw jackfruit when cooked has a soft meaty texture and thats why this biryani though not popular worldwide is quite a delicacy in India.

Usually the jackfruit pieces are either fried, sauteed or steamed. I did not want to do any prepping of the jackfruit as making biryani itself is time-consuming. So I cooked the jackfruit directly in the pot along with the yogurt and spices. Made the rice and then just had to assemble the layers. 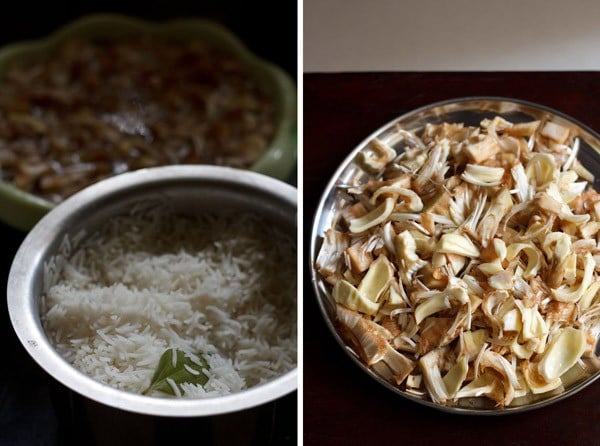 By size, I guess the jackfruit must be one of the biggest fruit native to India. So most people buy some portion of it, because its not possible to use the large jackfruit for cooking in micro families. Peeling jackfruit skin is another issue so you can ask the vegetable vendor to peel it for you.

I got 500 grams of jackfruit from the vegetable vendor. He peeled so much of the skin, that out of 500 gms, only 300 gms was left. I chopped the jackfruit and kept the seeds aside. If the seeds are tender, you can add them to the biryani. You can also make stir fries or add them to sambar or leafy vegetables stir fries.

Usually ripe jackfruit is consumed as it is. Jackfruit leather is also made with ripe jackfruit. With raw jackfruit, there are many recipes that are made. Apart from adding them in biryani or Kathal pulao, they are also added in curries, both dry or with a gravy. Even papads and pickles are made from them. They are also deep fried as chips. Jackfruit chips are popular in the southern belt of India. I remember my dad, always getting banana, tapioca and jackfruit chips from the Kerala.

This recipe of kathal biryani is like the way my mom makes biryani. I cut down on a few steps to make it easy for me. There will be some prep work like the ones I have mentioned above.

Once you assemble the layers, then you can dum cook the biryani on stovetop or in an oven (mentioned both ways in the recipe details below). If using an oven, then make the gravy directly in an ovenproof casserole or dutch oven. Once the jackfruit is cooked and tender, layer all the rice on the gravy. Keep in a preheated oven and you are done. 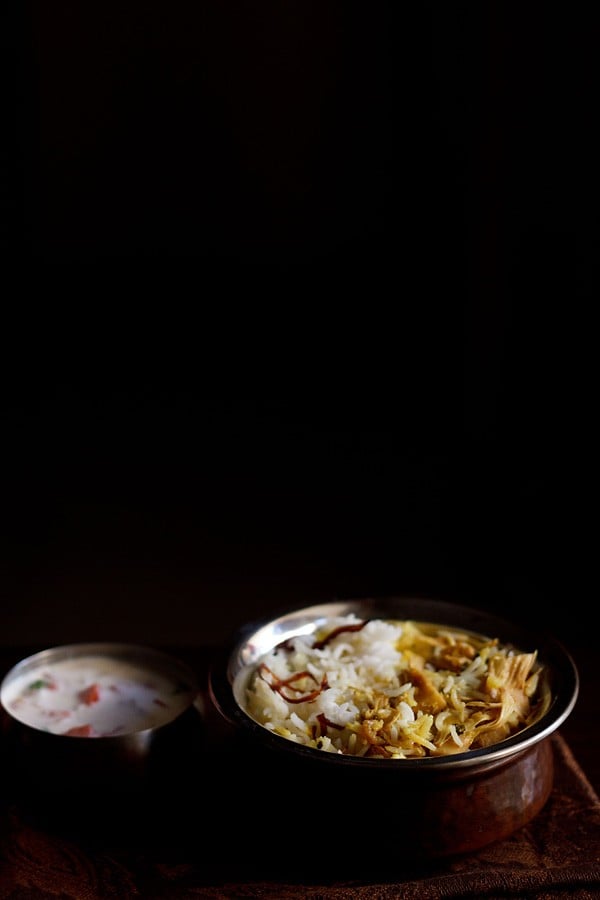 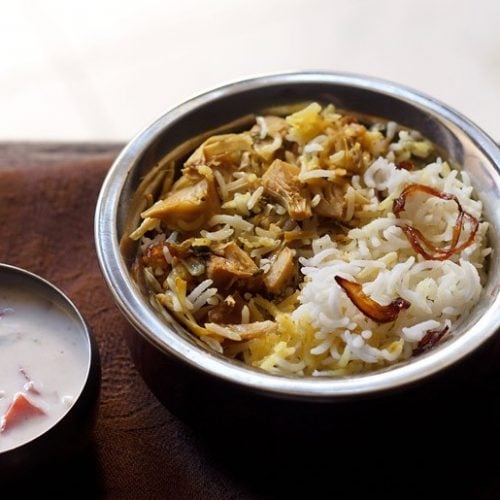