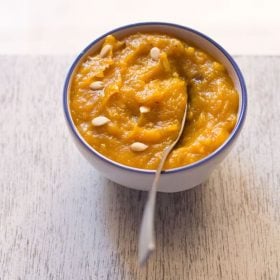 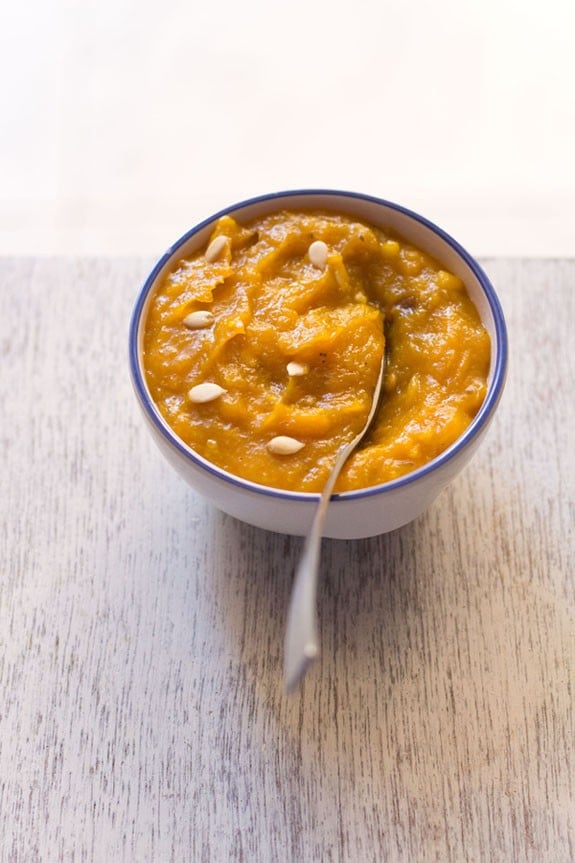 Pumpkin or kaddu as we call in hindi, is a veggie that we often use during the Navratri fasting period. another recipe from pumpkin which was mil make for Navratri fasting is Kaddu ki sabzi.

This is a Very very easy recipe of pumpkin halwa and the credit goes to my mil. The whole halwa is made in the pressure cooker, saving time and energy. You can also make the halwa in a pan, though. I have mentioned how to make the halwa in the pan in the notes section below. I have shared one more pumpkin halwa recipe that is popular in south India. Its called as Kashi halwa and the recipe is made with white pumpkin.

There’s not much of ghee or oil used in this recipe unlike the amounts usually added to halwa recipes. We always add melon seeds (magaz) in this halwa and this combination goes very well. Apart from melon seeds, other dry fruits like almonds and cashews are also added. 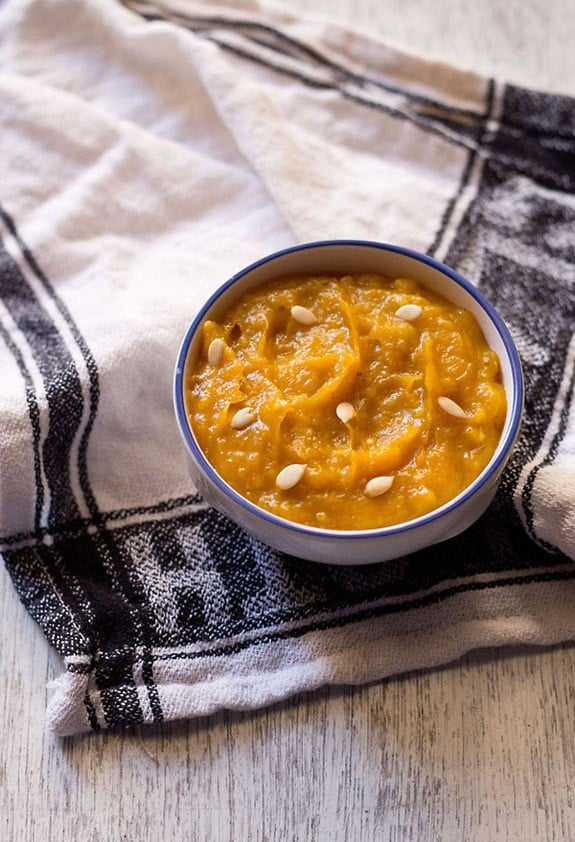 If you are looking for more Fasting sweet recipes for fasting then do check: 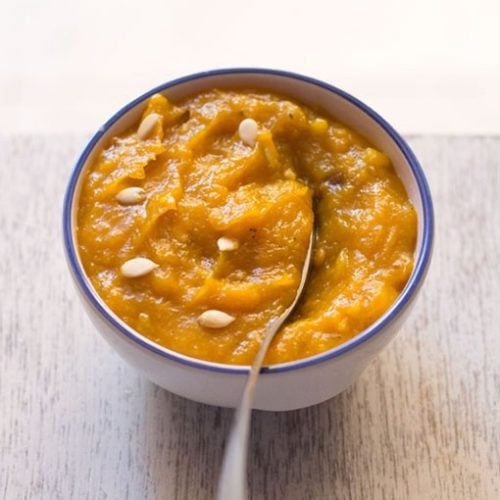 If making in a pan, when the pumpkin cubes begin to loose water, add 3/4 to 1 cup water from above. Stir and cover and cook till the pumpkin pieces have softened completely. If the water dries up then add more water. Then proceed with the rest of the recipe.