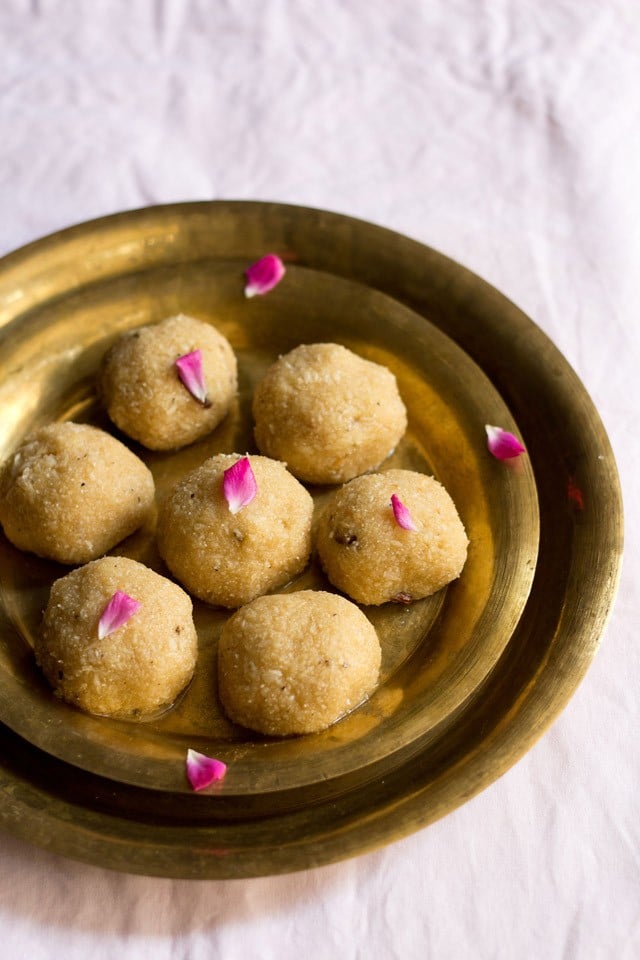 Sabudana is also known as Tapioca pearls or saggubiyyam or sago. It is one ingredient which is used by almost all communities in India during religious fasting days. It is light on stomach and is loaded with carbohydrates.

You can also check these Fasting recipes collections:

1. Sabudana khichdi – a delicious dish of tapioca pearls cooked with potatoes and peanuts. This is one of the most popular recipe made using sabudana while fasting. Vegan and gluten free step by step recipe. 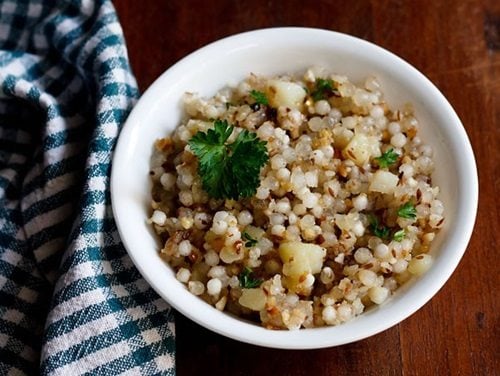 2. Sabudana vada – crispy and delicious fritters often made during religious fasting days like Ekadashi or Navratri fasting. You can serve them with Phalahari chutney or this Coconut chutney recipe made for fasting. 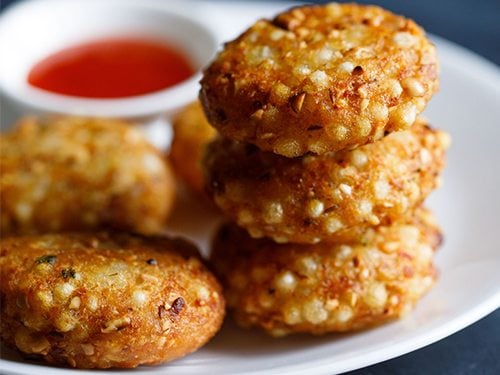 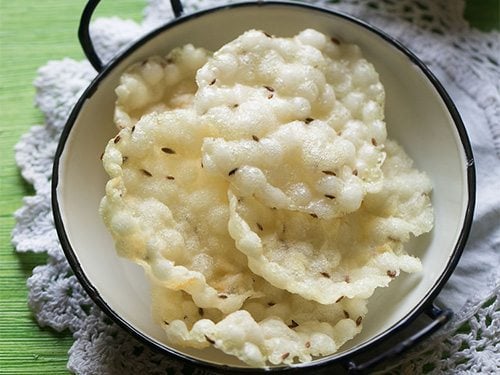 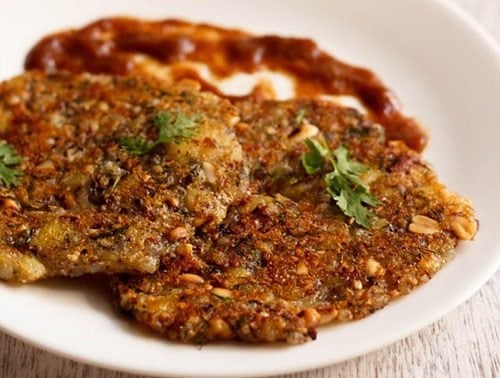 5. Sabudana kheer – sweet pudding made with tapioca pearls and milk. This is a creamy, smooth and easy to make kheer. step by step recipe. Few more kheer recipes you can have during fasting are Makhana kheer, Samvat rice kheer and Rajgira kheer recipe. you can also check this collection of 24 sweets for Navratri fasting. 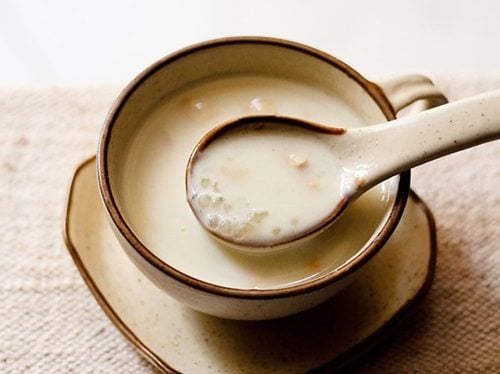 6. Sabudana ladoo – a sweet recipe which is good for fasting as well as during festival days. I have shared the step by step recipe to make these delicious sabudana ladoos. Two more ladoo recipes you can make during fasting are Coconut ladoo and Dry fruits ladoo recipe. these dry fruits ladoo will give a good dose of nutrition and energy during vrat. So highly recommended. 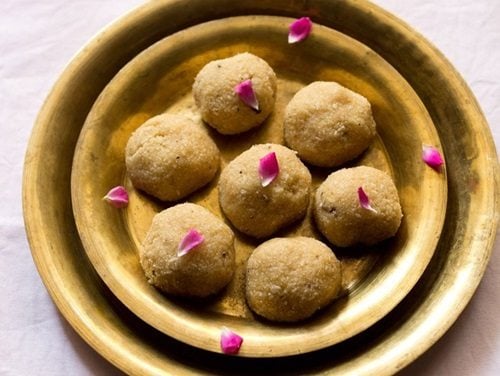 7. Sabudana pakoda recipe – crisp, golden fritters made from tapioca pearls, mashed potatoes and roasted crushed peanuts. These sabudana pakoras are simple and easy to make and they also make for a nice breakfast or evening snack. step by step recipe. 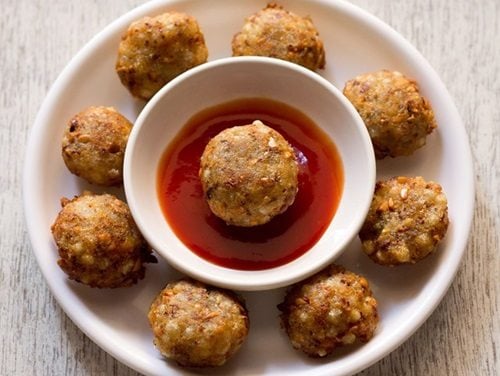 8. Sabudana bhel – quick sabudana snack for fasting days. This recipe is much easier to make than sabudana khichdi. This bhel recipe is made with tapioca pearls, boiled potatoes, roasted cashews and peanuts. Step by step recipe. 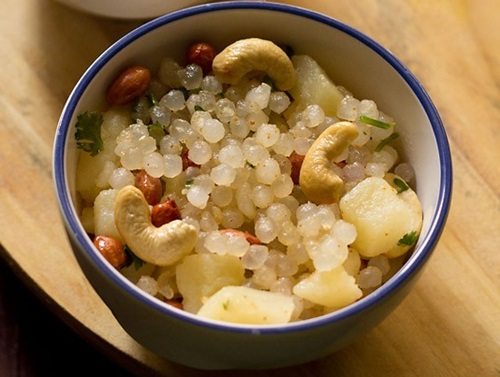 9. Sabudana tikki – fasting recipe of pan fried patties with tapioca pearls, potatoes and minimal spices. The preparation of sabudana tikkis is similar to making sabudana vada, but the ingredients are a bit different, apart from sabudana and potatoes. These tikkis are also not deep fried but pan fried. 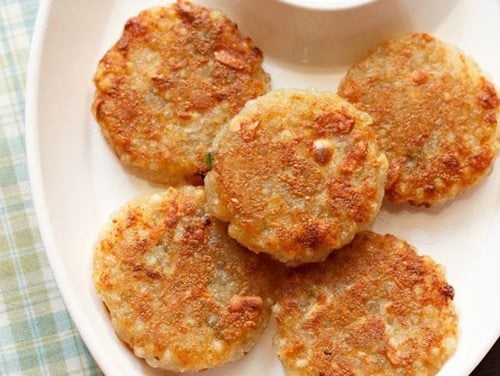 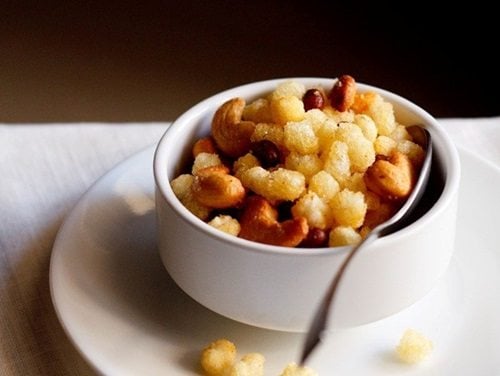 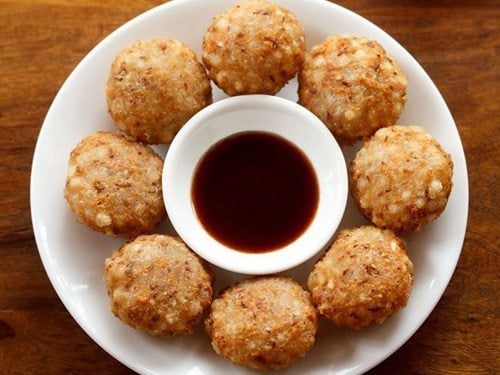 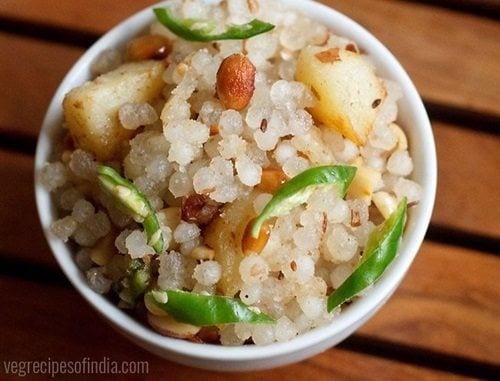 Note: other recipes which are made using sabudana are sabudana idli, sabudana dosa and sabudana upma.